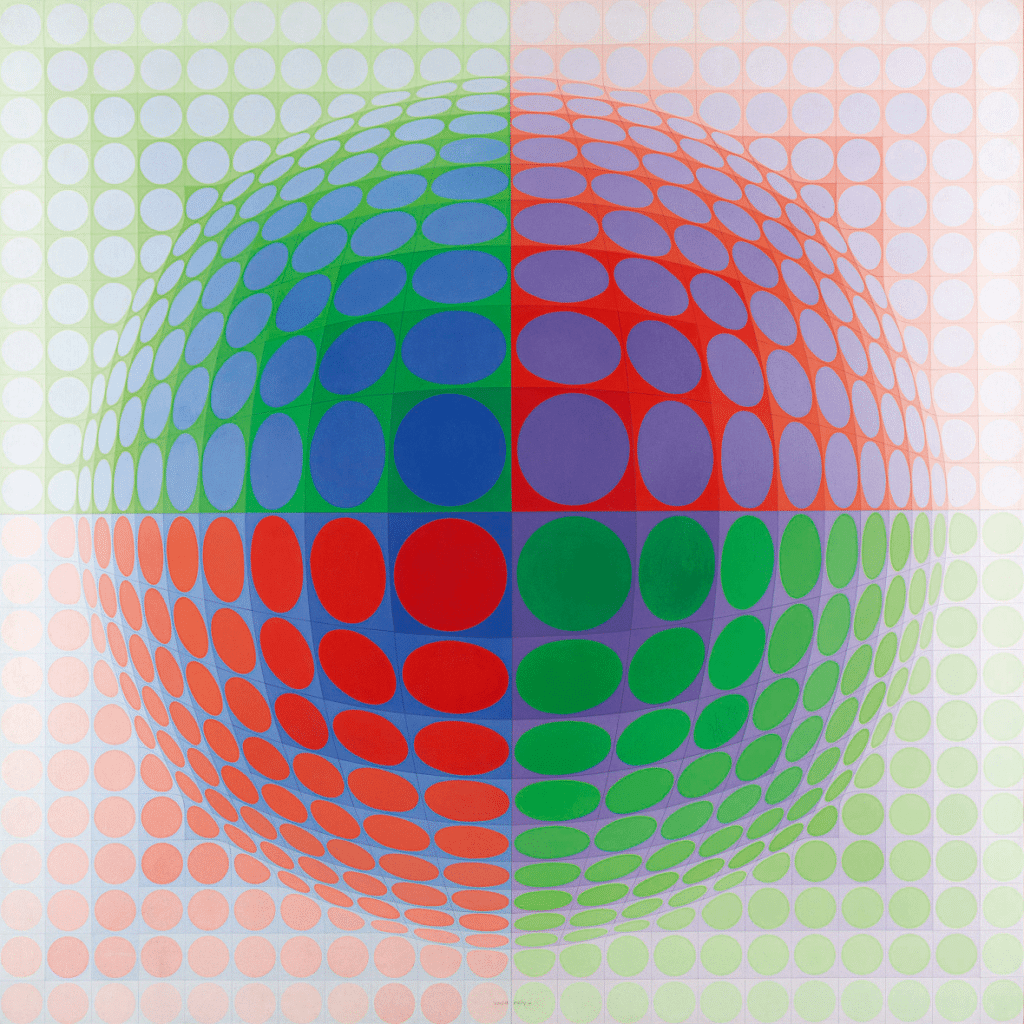 VICTOR VASARELY: IN THE LABYRINTH OF MODERNISM – A gallery loan at Städel Museum, Frankfurt am Main
This autumn the Städel Museum, Frankfurt, is holding a retrospective of the work of Hungarian-French artist Victor Vasarely (1906-1997).
Galerie Philippe David is lending a fascinating self-portrait executed in 1944. The artist’s face gazing out from the shattered shards of a broken mirror. Vasarely is widely considered as the `grandfather’ and leader of the op art movement.
Originally a graphic designer he became intrigued with experimenting with geometric shapes and patterns to create captivating illusions of spatial depth. Op art reached its zenith in the 1960s. However, this retrospective, `Victor Vasarely. In the Labyrinth of Modernism’, traces the artist’s works over six decades, including early works such as this 1944 self-portrait. Galerie Philippe David is honoured to be part of this all-encompassing retrospective enabling this predominant 20th century artist to be seen afresh.
The exhibition runs between 26th September 2018 to 13th January 2019.
26 September 2018 – 13 January 2019
VICTOR VASARELY
IN THE LABYRINTH OF MODERNISM
Städel Museum, Frankfurt am Main